Cochise Stronghold is a fantastic climbing area located near Tombstone, AZ.  Over 1,000 routes exist in the Stronghold, although many of them have yet to be reported.  The following is just a very brief introduction to climbing in the Stronghold which will be expanded in time.

The Stronghold has long had a reputation for very bold backcountry climbing.  Today, there are also a large number of very well protected routes.  Routes range from one to seven pitches in length, and range from 5.6 to 5.12 in difficulty.  Most approaches are 30-60 minutes in length, although there are a number of known areas that are easily accessable from the roads.

Currently, there are three publicly available sources of information about rock climbing in Cochise Stronghold. 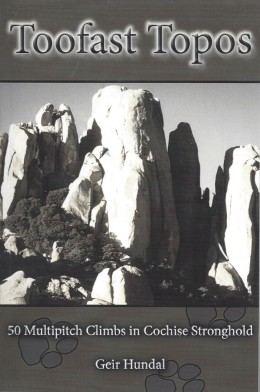 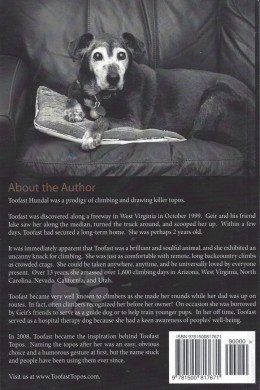 The first source is Geir Hundal’s website and newly-in-print guide Toofast Topos.  This site dovetails with mountainproject.com, and features a growing number of highly detailed topos of the best routes in Cochise Stronghold.

The second source is Bob Kerry’s book Backcountry Rockclimbing in Southern Arizona.  While this book is out of print, some very motivated folks have made an entirely online version which can be found at www.climbaz.com.

The third source is Mountainproject.com.  About 130 of the most popular routes in the Stronghold are detailed here, and more are being added weekly.

Keep in mind that there are seasonal raptor closures in effect for a portion of the Stronghold.  Up-to-date information regarding these closures can be found at www.climbaz.com.  It is the local ethic to respect these closures, please do the same when visiting the area.